How to make Authentic Chinese Dumplings From Scratch 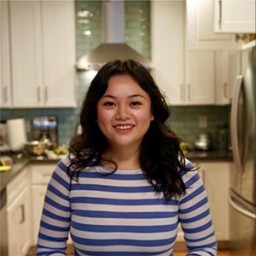 Hey, I’m Jenny! I believe living an organic and natural lifestyle is healthier for you, your family and better for the environment. Dumplings (jiao zi) are my favorite Chinese food and luckily my mother makes the best dumplings in town! My family and I came from Beijing, China and growing up my families would make dumplings around holidays and for special occasions. I will always remember making dumplings time is also family bonding time. Today,  I had my mother to show me how she makes authentic Chinese dumplings from scratch! From dough to filling.

Unlike dumplings you buy from the store or made dumplings with wonton wrapper, my mother makes the thinnest dumpling wrapper and loaded with fresh filling. If you are busy and don't have time to make your own wrapper, you can use wonton wrapper from stores to make dumplings.

Even though making dumplings is a long process but its fairly easy to make and its super tasty! No fancy machine or tool is needed.

Dumpling consist of small pieces of dough that is often wrapped around a filling. Like ravioli or wontons. Traditional homemade dumplings and dumplings from Chinese restaurants are often NOT vegan and gluten-free unless it specifies.

Dumplings can either be boiled or pan-fried. If it's pan-fried, it is known as potsticker. When dumplings are boiled, it's very similar to wonton. Unlike wonton, dumpling does not serve with soup.

Dumplings are a representative of Chinese cuisine with both shape and fillings have cultural meaning. Serving dumplings during Spring Festival express an aspiration for a better life, and hopes for certain blessings. Eating dumplings at Spring festival are believed to bring food fortune. The shape of the dumpling looks like ingots, the currency used in ancient time.

How to make dumplings video

How to make Authentic Chinese Dumplings From Scratch

Did you make this recipe?